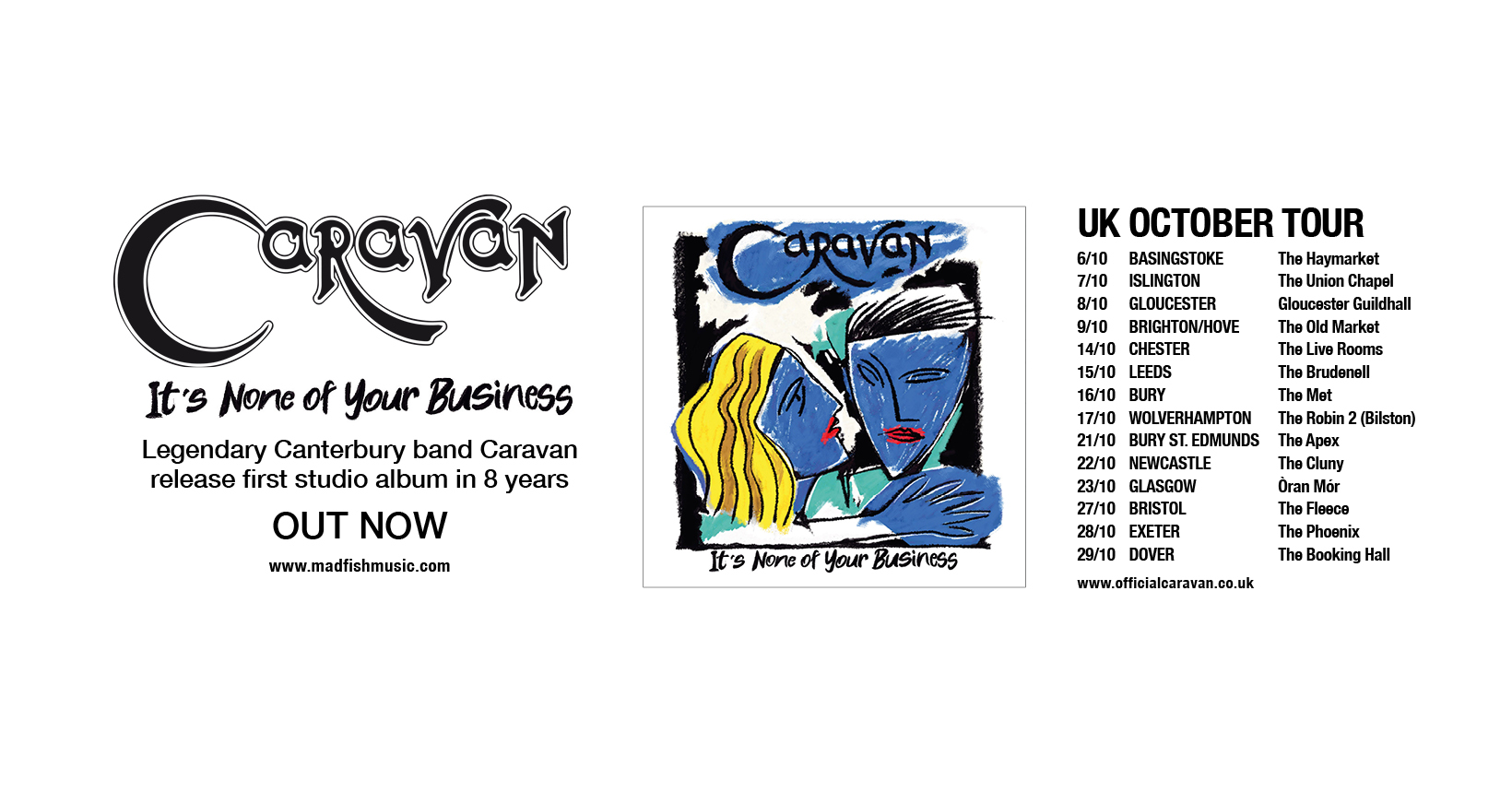 It’s None Of Your Business is our first album since Paradise Filter (2013) and features nine new songs plus one instrumental track influenced, to a degree, by the events and restrictions placed on society over the past 18 months.

The album was recorded, as restrictions allowed, ‘in the old-fashioned way’ between 24th June and 4th July 2021 at Rimshot Studio, Bredgar near Sittingbourne. “Sitting round in a circle having eye to eye contact, a large sound room was required,” Pye Hastings explained. “I much prefer this method because you can bounce ideas off each other as they occur, and voice encouragement when the whole thing begins to click.
“And it is much more rewarding to be able to throw insults at each other in person rather than down a telephone line or via email. This is something we are all very experienced at, believe me!”
This togetherness characterises It’s None Of Your Business with Caravan’s trademark warmth and humour and, also, a sensitivity reflecting the times in which we are living. Sitting among Caravan’s typically whimsical tales Down From London and If I Was To Fly sit the heartfelt and poignant Spare A Thought and Every Precious Little Thing which looks forward to a return to normality.
“’Spare a Thought’ is a song that I hope will jog people to remember those unfortunate people caught up in the pandemic,” Hastings explains. “‘All those people who denied’ refers to the idiots who don’t follow the scientific advice. I get angry about that and the line ‘Sure are interesting times’ refers to an old Chinese saying: ‘may you live in interesting times’”
“Lyrics can sometimes be my Achilles Heel, trying to find anything meaningful to write about. But sitting in front of a blank screen with a pandemic raging all around, it was hard not to be influenced by the dreadful events going on. The lockdown certainly focused the mind when it came to writing the lyrics.”
It’s None Of Your Business cover and artwork has been created by renowned illustrator Bob Venables.
** The album is out: CD format out 8th October 2021 (15th October in Germany & Austria) and as a vinyl LP, on 5th November.

It’s None Of Your Business Track Listing: